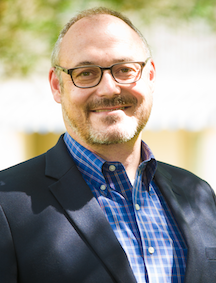 Hello! I’m John Eckman. Goatless is my place to talk about Music, Veg’nism, and Travel. I also blog at Open Parenthesis about open source, next generation Internet applications, and social media in the Internet age.

I’m also a Vegan, which Donald Watson defined back in 1944, in order to be able to distinguish it from vegetarianism, thusly:

The word “veganism” denotes a philosophy and way of living which seeks to exclude — as far as is possible and practical — all forms of exploitation of, and cruelty to, animals for food, clothing or any other purpose; and by extension, promotes the development and use of animal-free alternatives for the benefit of humans, animals and the environment.

In dietary terms it denotes the practice of dispensing with all products derived wholly or partly from animals.

In other words, wherever possible, I avoid meat (including poulty, fish, and other sea animals), dairy, eggs, and any animal by-products.

Where “vegetarian” describes a diet but not the intent behind it, vegan specifically and deliberately focuses on intent, broadening to include other choices as well as diet.

Sometimes I used “veg’n” to be inclusive of both vegetarian and vegan, since vegetarians and vegans have much in common.

Finally, when I have time, I also blog about traveling. I travel a lot for work, and a lot less for pleasure, though I do enjoy new places either way.