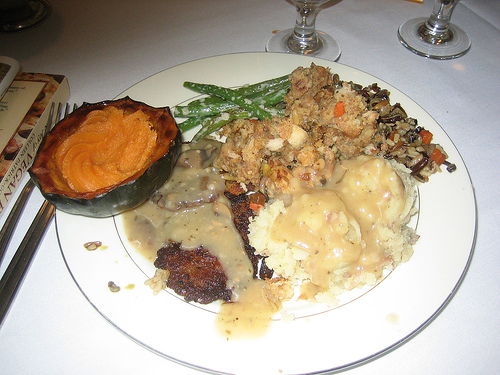 Yesterday was Thanksliving 2007 at the Woodstock Farm Animal Sanctuary.

It was a fantastic event, which started with meeting three baby lambs recently arrived:

We also toured around the farm and took some photos and met some animals before dinner began see the photoset at flickr. In addition to the food, the day included Dan Piraro as comic emcee, Jenny Brown talking about the sanctuary’s mission, Brian Shapiro (local Ulster country legislator), Paul Shapiro (founder of Compassion over Killing, now senior director of factory farming campaign for the HSUS), and Colleen Patrick-Goudreau (of Compassionate Cooks, and author of the Joy of Vegan Baking). Closing out the night was Ida playing a pretty intimate set in the dinner tent.

This is really an event not to be missed. If they sold tickets to next years thanksliving at the end of this one, I think we’d have bought them!