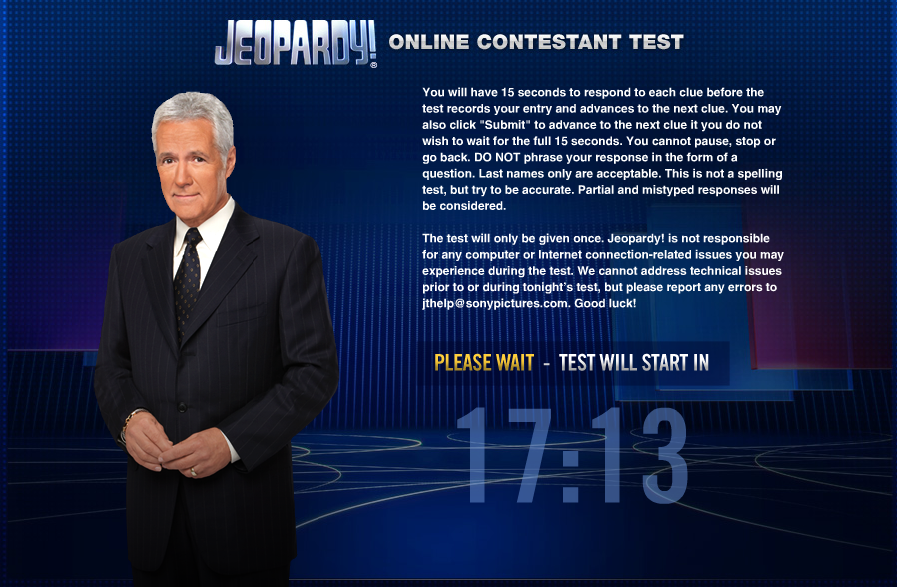 Think I can take Watson? Screen shown just before taking the Jeopardy online test a few weeks back. I thought about trying to screen-shot some of the actual test questions but then that would interfere with my taking the test itself. 15 seconds sounds like enough time to enter an answer but it turns out you’re really running against the clock much of the time. This is the after screen. They don’t tell you how you did, though I immediately jumped on twitter and started comparing answers with other test-takers. Since they do the test over three or four days in different timezones, I assume they change the questions.

It was fun – I’ll definitely sign up to do it again next year – wish me luck!