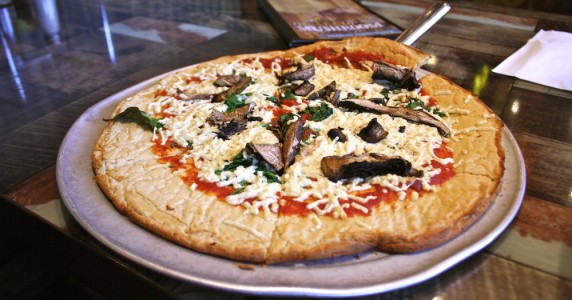 (via Mercy for Animals)

When traveling and looking for tasty vegan food, I often look for pizza joints with vegan options.

One of the best – often in places where otherwise I’m not having great luck with vegan options – is the Mellow Mushroom chain. I’ve had great vegan eats in Atlanta, Louisville Kentucky, and elsewhere.

It’s been a challenge, though, as not all their restaurants had the same consistent options – in Tempe, for example, they didn’t seem to offer Daiya.

(As the Nashville Scene article notes, the vegan menu isn’t set up yet to show online in the local menus section – so I’d call to verify before showing up at any location).