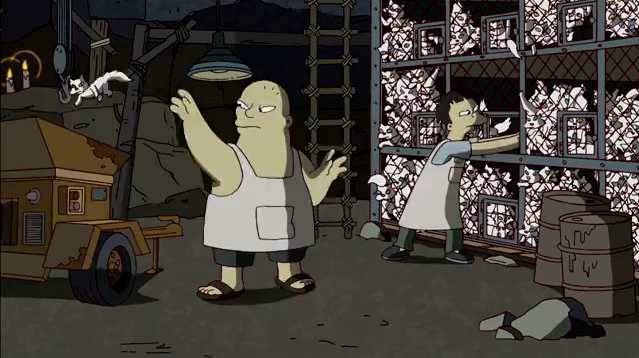 Still from Banksy-directed intro for Simpsons

(via BoingBoing) Banksy directed intro to the Simpsons. The good stuff comes in about 0:36 in, so don’t miss it.

Wonder what 20th Century Fox thought of that one? Would have been a fun production meeting to be a fly-on-the-wall for.